Chitrakoot is known as 'the hill of many wonders'. The town bestowed with hills, beautiful streams, river is a place of great religious importance. Chitrakoot is the place where Lord Rama, Sita, and Lakshman spent their 11 years of exile. Chitrakoot lies in two states of India ie Uttar Pradesh and Madhya Pradesh. Both the state transport department has provided good transport facilities to the town because of its religious important, high tourism. The road and railway transport is well developed in the town that makes it easily accessible from different part of our country. 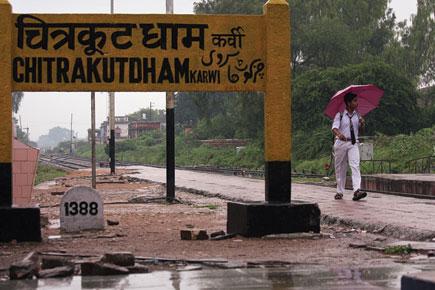 Chitrakoot is largely visited by a number of tourists every year. Hence the town has a good taxi and auto services. Many tour agents offer taxis services. Taxis can be hired on per day basis, for sightseeing and various other purposes. The charges for them are fixed depending upon the use. The taxis can also be available at a rate of 8 to 20 Rs/km. Autos are the more economical way of transport within the town. The autos can be hired on pre fixing the amount or on the meter charges.


How to Reach Chitrakoot ?

By Air
The nearest Domestic Airport from Chitrakoot is Allahabad Airport and Khajuraho Airport. They are at a distance of 119 and 147 from Chitrakoot respectively. Regular flights from Delhi and Varanasi are available to these airports. From there one can hire a taxi or a cab to reach Chitrakoot.

By Road
Chitrakoot has a good network of roads. It is well connected with state and national highways. These highways connect Chitrakoot to some of the nearby cities like Allahabad, Satna and many more.

Comments / Discussion Board - Transportation in Chitrakoot